If you have ever visited Southsea Castle, Pompey (Portsmouth), you most likely strolled along Brian Kidd Way. Distinguishable by its vibrant bloom of flowers, Brian Kidd Way was named after Portsmouth’s Head of Parks, who designed the gardens leading up to the heritage site. A botanical columnist and local celebrity, he was remembered for his dedication and hard work in cultivating the city’s 1,600 acres of open space, giving pleasure to millions of visitors over several decades.

Portsmouth City Council launched a project to modernise their heritage lanterns on the Victorian Southsea front. Alongside their desire for the latest LED technology, the team’s main objective was for the new lanterns to match their predecessors while delivering a warm white light reminiscent of the old gas lantern effect, in keeping with the surrounding area.

Our high performance Muirfield lanterns matched the existing installation beautifully. A 2700K colour temperature delivers a warm quality white light to help retain the heritage aesthetic of the area. Each luminaire was supplied pre-cabled and fitted with a day/night miniature photocell for simple lighting control and energy efficiency.

For the highest level of protection at this seaside location, our Muirfield lanterns are IK10 rated and have been 1000-hour salt-spray tested, ensuring long-lasting performance.

Previous
Next
“The service from Acrospire was fantastic; at first we ordered one unit to check compatibility and the aesthetics, which was delivered promptly and as promised. Therefore, we ordered the remaining luminaires, and again these arrived quickly. The lights have been up now for a number of months, all working great. The whole area looks greatly improved.”
Ian Viner
Parks Infrastructure and Play Officer - Portsmouth City Council 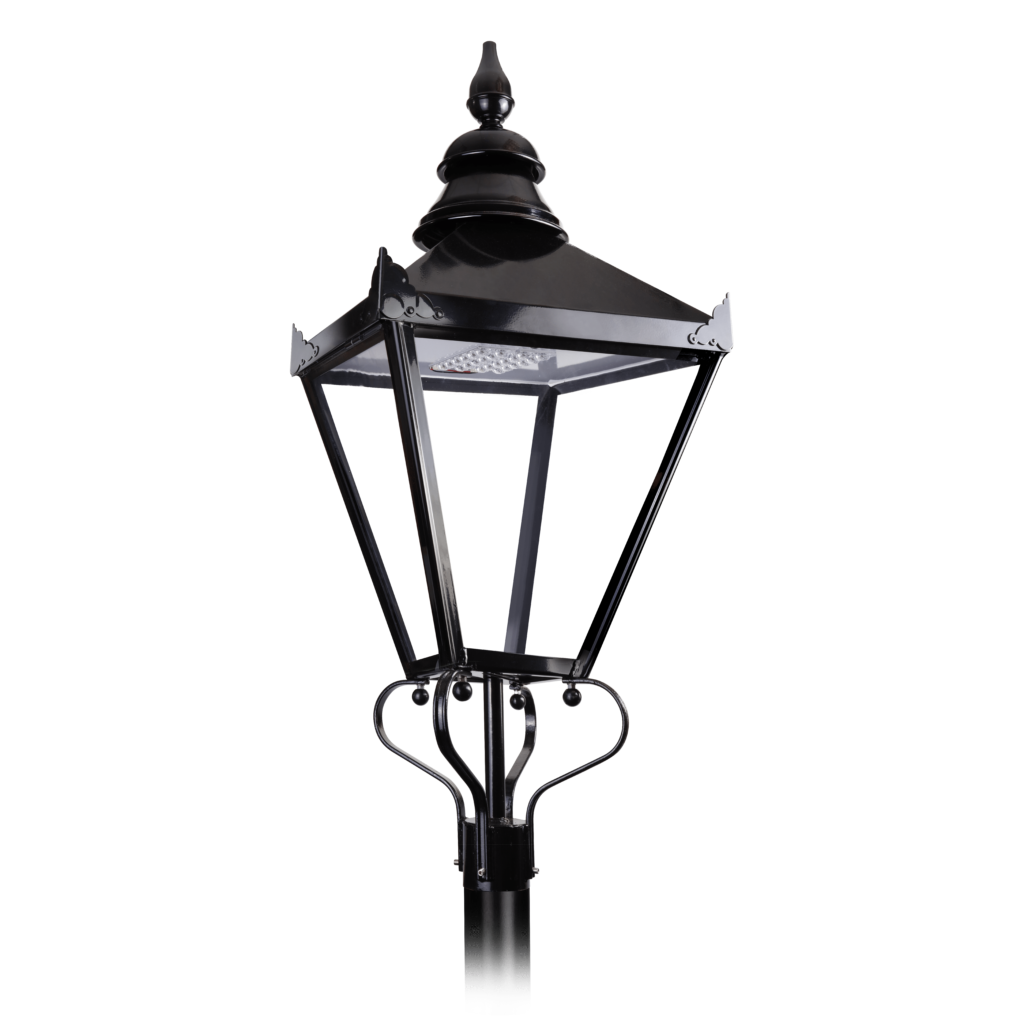